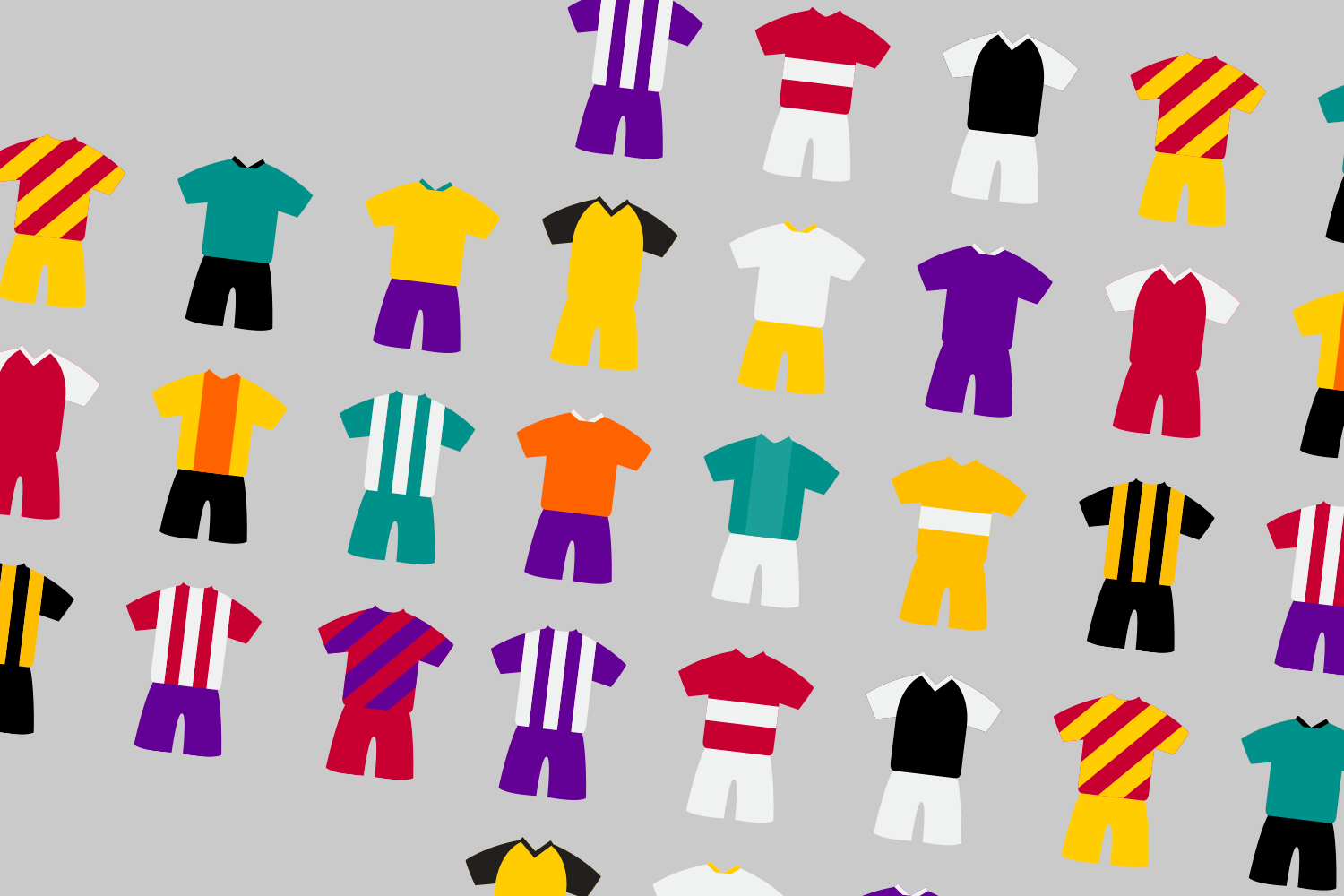 Football kits: An unexpected gateway to a career

We all get into our careers via some really diverse and weird routes, don’t we?

Sure, a lot of people fall into their job almost by default. Some people never really find their calling whereas others follow vocational paths.

Design is usually a wonderfully vocational path, I find. People want a creative career, and so they might study it at university with the intention of graduating and putting your knowledge into use in a directly comparable way.

But even then, everyone has a unique blend of circumstances and skills that have led them to that initial point of interest. You hear a lot of designers talking dreamily about record sleeves, posters and even stamps that played key roles in childhood passions and led to countless hours drawing and doodling. Band logos scrawled on exercise books and tip-exed onto school bags. Comic books and character designs. Skateboard decks and graffiti.

You don’t hear many that cite football kits as their primary stimulus.

As a football-crazy 12 year old boy I spent hours obsessing over fictitious teams and leagues with a friend – role-playing the matches in the park when we’d finished compiling the fixture lists and star players. We’d spend our holidays and weekends with roughly cut out card t-shirt and shorts ‘templates’ and coloured pencils designing all the teams’ kits.

When I discovered I could translate my designs into luminous works of pixelated art using MS Paint on my parents’ PC, it felt like a whole new world. A digital revolution had begun (a small one, where you could only fit three or four designs onto a 1.44MB floppy disk).

Growing up in the 90s I was surrounded by some amazing kit inspiration.

How could I not be carried away by the limitless possibilities?

The infatuation didn’t ease up, even as I became a teenager and ‘normal’ kids were noticing members of the opposite sex, SEGA Megadrives, horror movies, and Britpop (or whatever ‘normal’ kids are into…). I would still get lost with my designs and, when I reached my GCSEs and had to start thinking about future prospects, it occurred to me that those amazing colourful strips had to be designed by someone and why not me?

I heard the term ‘graphic design’ and figured that’s what this football kit malarkey fitted into, and arranged work experience with a local designer and friend of my family. But without the option to study it at A level I ended up fully immersed in an intensive art course that taught me about composition, colour, mark-making, negative space and attention to detail.

…those amazing colourful strips had to be designed by someone and why not me?

Long story short, I eventually returned to the design dream, gaining more and more understanding and interest in the subject through my university studies (more on that another time) and have continued to do so as a professional for 18 years.

And every now and again I like to put my Photoshop skills to real, practical use and edit mockups to create even better visuals of the Argyle home strip than those old Paint versions.