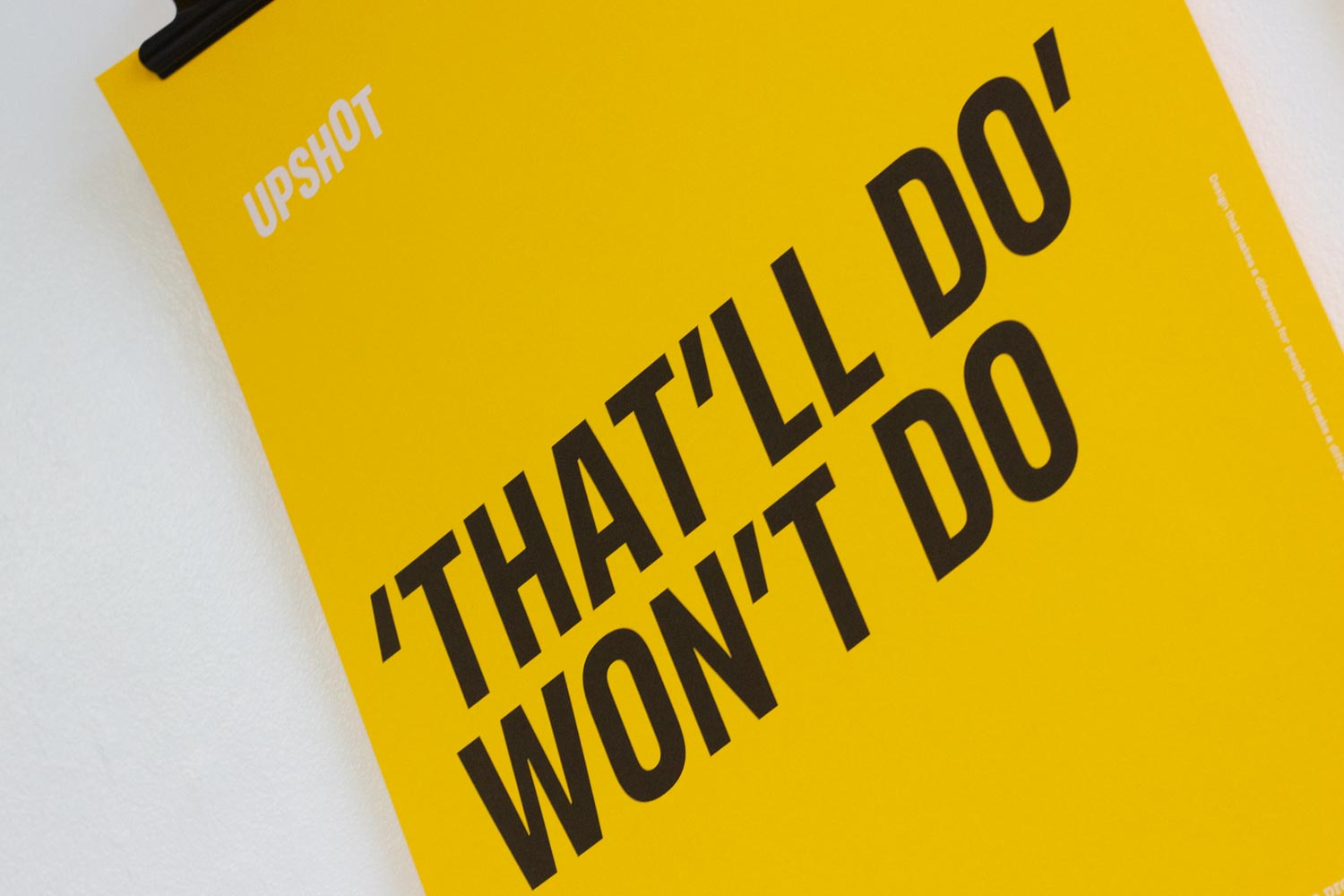 In the summer of 2010 (not ’69, sorry Bryan Adams fans) I started the journey of running my own business. I was at a stage in my career where I was inspired by some amazing solo designers’ work and frustrated that I didn’t have the control in my projects that I wanted to guide the quality level to a comparable point.

Design is a complex discipline. It requires creativity, of course, but also a whole host of other elements to come together and be successful. It needs understanding – research will usually be a key part of the design process. Often it needs preparation and time, enough for background knowledge to settle and become fully embedded in the psyche of the designer. It needs an inquisitive and empathetic mind; what if…? how about…? There’s the ability to evaluate a brief, challenge it and pull at the threads that matter, weaving them together and redefining the problem so that it can be approached from a new and interesting angle. And of course, the skill and craftsmanship of refining and perfecting form, colours, typography and imagery until the piece of communication is as beautiful as the message is compelling.

In our industry there are more and more practitioners with the damaging mentality of ‘that’ll do’. Excuses are easy. “The budget wasn’t enough.” “We ran out of time.” “At least it’s better than what you had before.”

Thankfully there are also plenty of good eggs to look up to. Those that refuse to compromise their quality control. Those that ensure that their process takes into account enough time, budget and preparation to do the job well. Those that take the hit when they need to, financially and in other ways, to make sure they deliver to the level they know is required and the level that will genuinely achieve something for their client.

“In a God job you are working to the highest possible standard in every detail, these jobs are labours of love and no stone must be unturned in order to achieve greatness.”

There’s a seminal graphic designer called James Victore. His approach can appear quite confrontational and brash and his work carries a deliberately energetic and low-fi aesthetic, but he has incredible method to his apparent madness and, as such, people take notice of what he says and does. One thing he often talks about is the idea of God jobs vs money jobs. He’s not talking literally about working for the Almighty, but the idea of creating wonderful work for wonderful work’s sake – as if it was a commission from the most discerning possible source. In a God job you are working to the highest possible standard in every detail, these jobs are labours of love and no stone must be unturned in order to achieve greatness. In a money job, you do it because it pays – that’s all that matters.

In Victore’s studio, every job must be a God job whereas too many designers and studios are burdened by business pressures or driven by profit to treat anything as such. It’s important to be realistic and realise that at some point, almost every job must become a money job – it’s got to be completed, sent out and invoiced for. Everybody has a different threshold that will determine at what point a job reaches this point, but cutting corners and knowingly selling a client short is, in our book, unacceptable. We are so convinced of the potential that great design can have, so driven to improve our own professional skillset, and so determined to create work that makes a difference, we’ve made ‘That’ll do won’t do” the first of our driving principles.