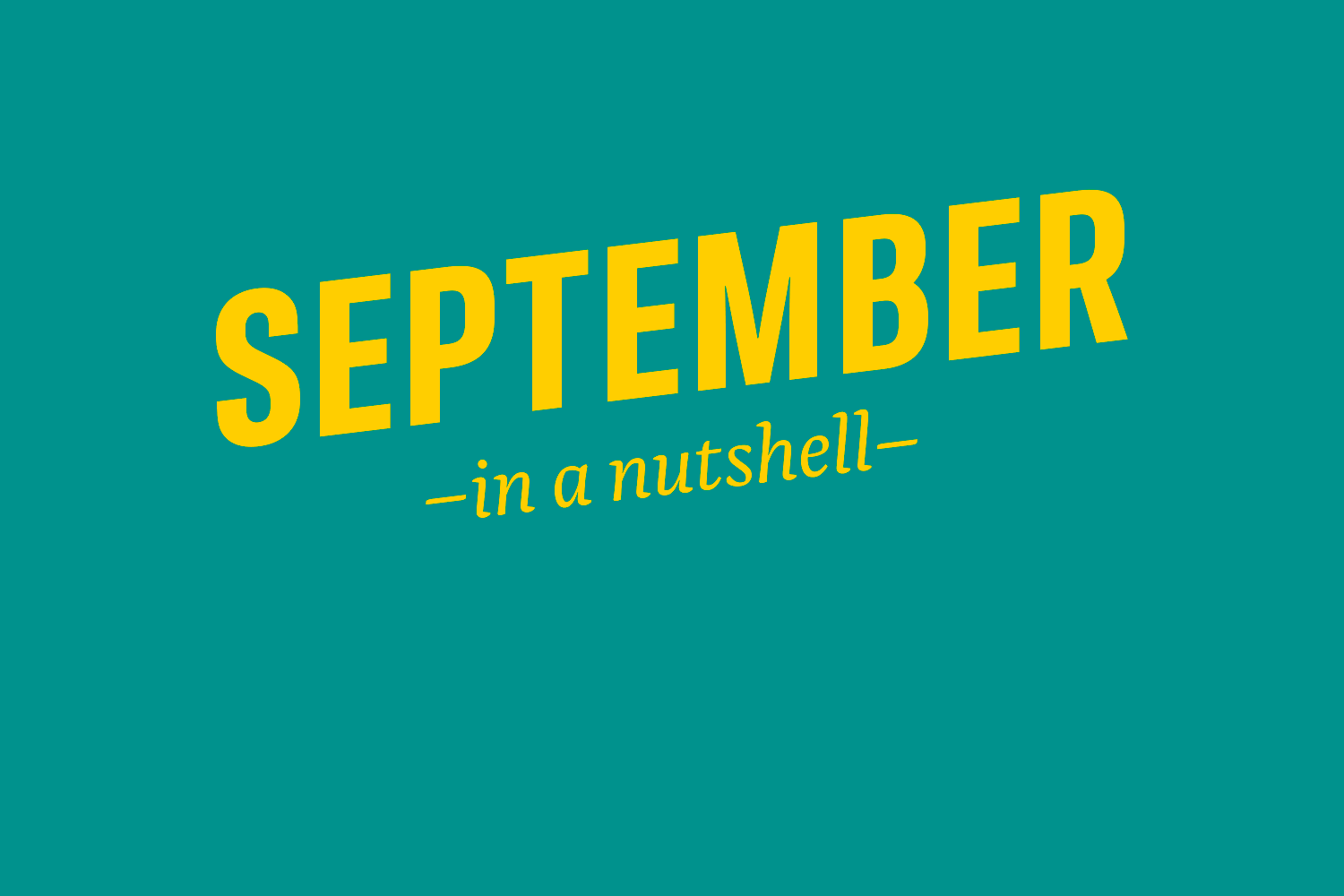 September – in a nutshell

Studio hokey-cokey. Well it was nice while it lasted! Having worked from home for five-odd months, our mid-September return to the studio lasted two weeks before the government advised working from home again! Adam & Gemma will now wfh, while Owen remains in the studio until further notice.

1. Tearfund annual report. Our two major annual report designs both stretched beyond their original schedules due to the pandemic, but have now been released publicly. We showed Macmillan’s report last month, and now Tearfund have officially published theirs, we can show that too.

2. E-Cloth. One of those super simple solutions with huge impact, it almost doesn’t seem real – like somewhere along the process someone would have stepped in and said it was too cool for a cleaning product brand! Kudos to Pearlfisher and E-Cloth.

3. Now You See It. Reading at a leisurely pace in bitesize chunks, Pentagram partner Michael Beirut’s collection of design-related essays has taken Owen a good couple of years to read, but what inspiring moments they’ve provided. He’s convinced that one day he’ll write enough articles to publish a book of his own… we’ll see!

4. Design that… It’s so important for us that design achieves something – the name Upshot means ‘result’ or ‘consequence’ after all – and we’ve been working on a little social media campaign that plays with some of the things design can do. Keep your eyes open for more as it starts rolling out in October.

5. Burger King. Stevenage FC + Burger King + FIFA. It’s not every day you see the likes of Messi, Ronaldo and Neymar scoring bangers for Stevenage FC. Well, it wasn’t, until Burger King sponsored them and launched the Stevenage Challenge with EA Sports that is! Brilliant creative marketing campaign with some amazing exposure for the small football club too.

6. PDF 400 Challenge. Commemorating the launch of the Mayflower from Plymouth to the ‘New World’ in 1620, Plymouth Design Forum launched this great public art project which has recently come to a close. We entered 29 pieces across 18 months and two designers – check them all out on our journal.

7. One year and counting. Our super studio administrator Gemma completed her first year at Upshot this month! Sadly we couldn’t celebrate in proper Upshot fashion with pizza and drinks but we’re still thrilled to have her.

Thanks for sharing another month with us and we look forward to seeing you in October for more nutshell news!