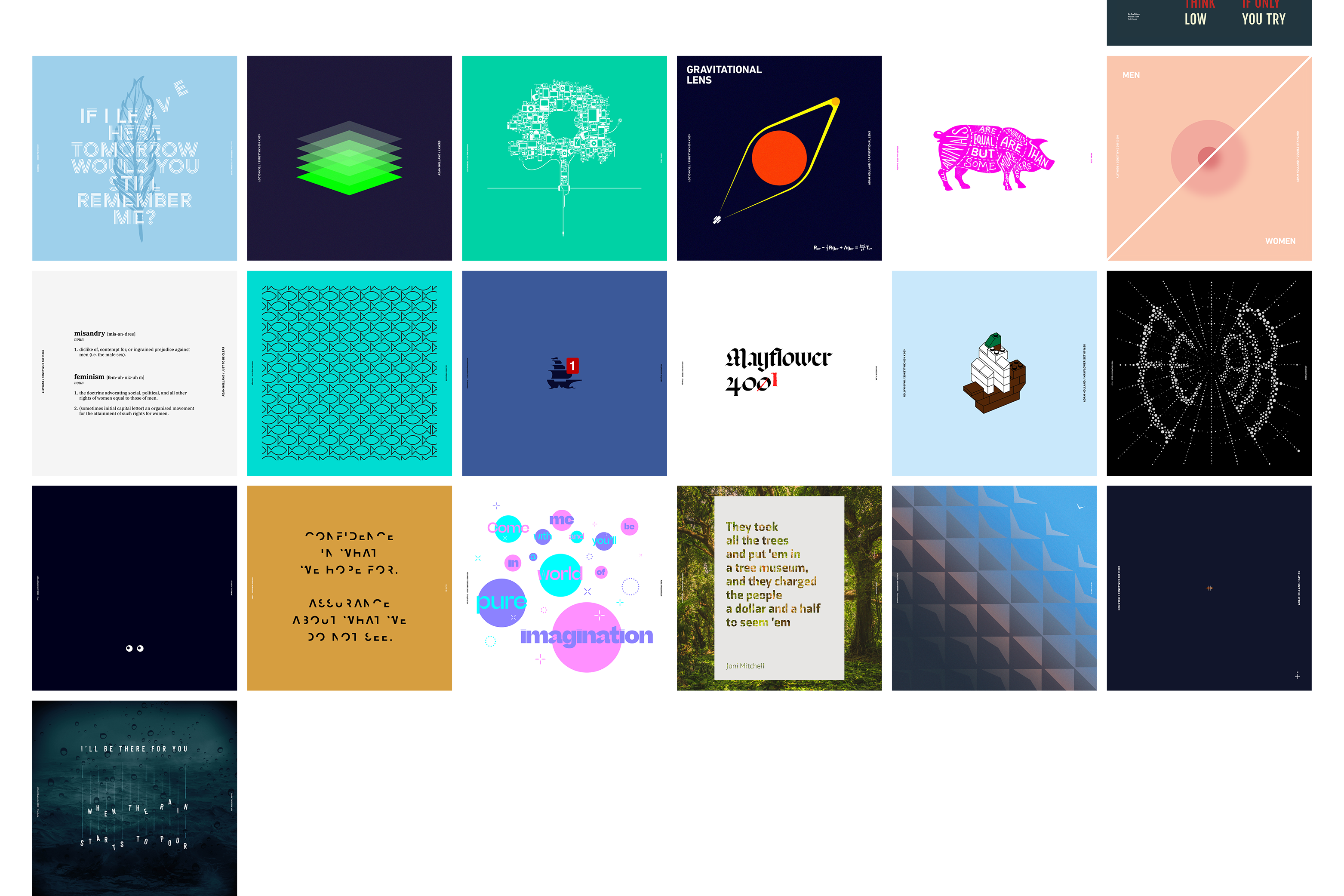 Living in Plymouth (Devon, UK) it’s been pretty hard to miss all the talk about Mayflower in the past few years.

Commemorating 400 years since the Pilgrim fathers set sail from our Barbican, ultimately landing and ‘discovering’ what would later become the United States of America, 2020 was due to be a transatlantic year of remembrance.

Whilst Coronavirus put paid to many of the plans, Plymouth Design Forum’s fantastic 400×400 Challenge project continued without a stutter. Starting in April 2019, the open brief was launched to designers, students and anyone else who fancied it, to enter their interpretation of the word ‘Freedom’, designed in a 400mm x 400mm square. Month by month a new theme word was released and anyone could submit as many entries as they wanted, culminating in the word ‘Future’ in August 2020.

In total 16 months passed, each with its own word. Fear, Isolation, Imagination, Faith, Change. Some incredibly emotive words, all related in some way to the journey of the Pilgrims, providing the basis for a diverse range of entries from across the city and beyond. Some chose to tie in the theme of the Mayflower voyage where possible. Others decided to take a looser approach. Every one of the huge, eclectic range of entries was/is being posted on Instagram and a selection will, one day, become an exhibition and coffee table book.

A limited selection (one per month) also featured as a huge, vibrant display on the wall of a building on the city’s busy Union Street – a very public hall of fame for those whose work was selected.

Here you can see a compilation of all entries from Upshot’s designers. Which is your favourite?